“Dr. Mower is a very passionate man, that makes all the difference.”

Seizure-Free for the First Time in 18 Years

Thanks to life-changing epilepsy surgery at Nemours Children’s, Wyatt is finally seizure-free for the first time in 18 years.

Born with tuberous sclerosis complex, a condition that causes the growth of noncancerous (benign) tumors, Wyatt experienced up to 50 to 60 seizures a day as a toddler. After trying several medications, he was implanted with a vagus nerve stimulator (VNS), a treatment for epilepsy that sends electrical pulses to the brain to prevent or shorten the length of seizures.

Wyatt’s number of seizures dropped, but he continued to experience seizures daily, and suffered from nocturnal seizures every night for eight years. Starting to lose hope that he would ever be seizure-free, Wyatt and his family were introduced to Nemours Children’s pediatric neurologist and epileptologist . 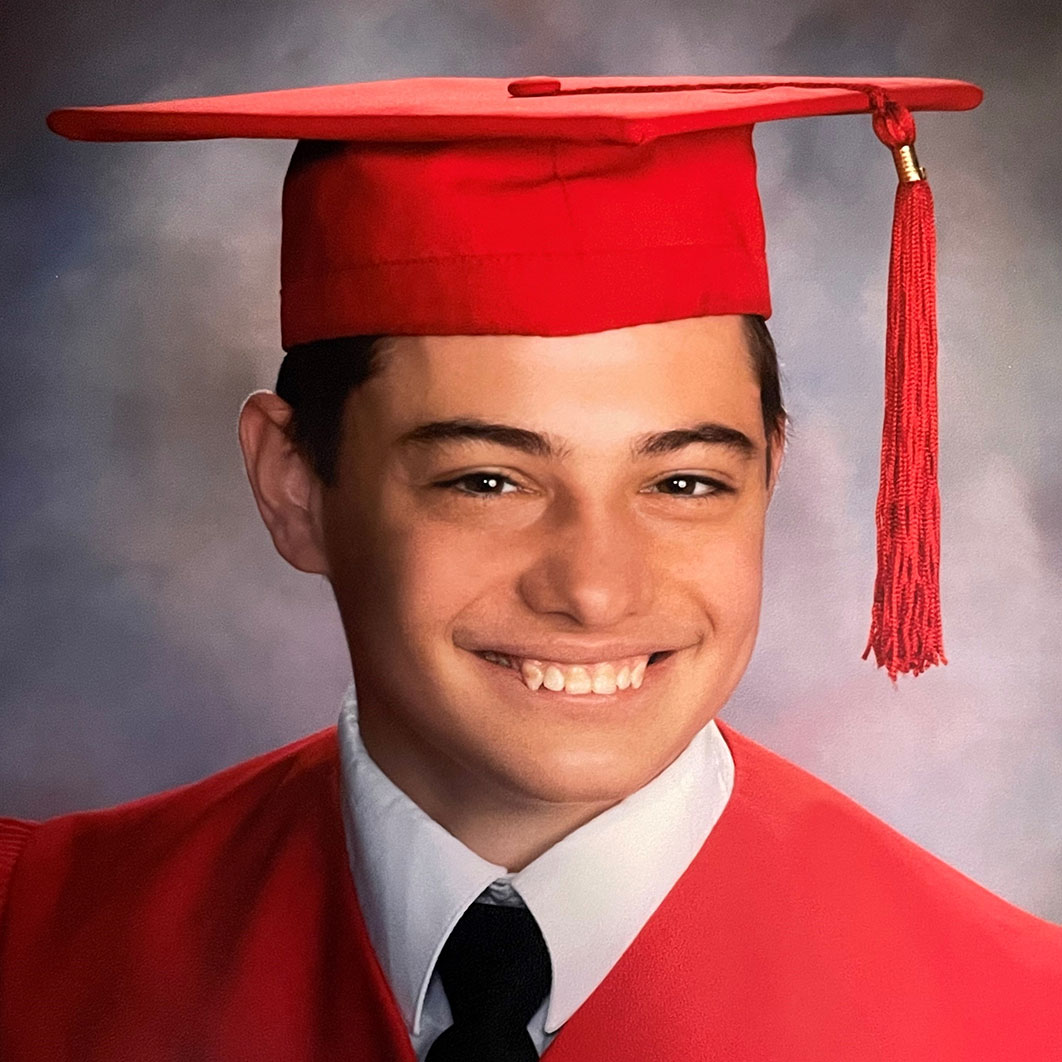 Pinpointing the Origin of the Seizures

“Dr. Mower is a very passionate man, that makes all the difference,” says Wyatt’s mom, Jennifer. “You can tell that he truly cares about Wyatt.” Dr. Mower recognized that the type of seizures he was having had the potential for a cure if the location of exactly where in the brain they began could be found. In July 2021, Wyatt underwent a procedure called stereotactic EEG, where electrodes are placed directly into the brain to record and locate the origin of seizures. Stereotactic EEG found the origin of Wyatt’s seizures in his right frontal lobe, and that the seizures were caused by one of the lesions (a tuber) caused by tuberous sclerosis.

Wyatt underwent surgery to remove the right frontal lobe of his brain in October 2021, with the skill of Nemours Children’s neurosurgeon  and head of neurosurgery . In the operating room, Dr. Mower and the epilepsy team, including  and EEG technologists Sarah Renaud and Lori Jenkins, identified the areas that controlled sensory and motor function of Wyatt’s right hemisphere, so that Dr. Wu could remove the frontal lobe without causing any permanent neurological problems like weakness.

Post-surgery, Wyatt is seizure free. He recovered quickly and even spoke to his mom right away — a huge moment for Wyatt and his entire family! Jennifer says Wyatt is more vibrant and so much happier, and his language skills continue to improve. Wyatt lives every day now with a newfound excitement for life. He’s continuing his journey with Nemours into adulthood, as he still needs regular checkups and medication to treat his tubular sclerosis. “All of the Nemours staff we encountered are our saving grace,” says Jennifer. “I love Nemours, I love everything about it.”